By the mid-year review, the students had then begun adapting their formal language studies to the requisites of urban site and the complex program. A central requirement for the project was the inclusion of a large performing arts theater alongside an IMAX theater and an educational facility. Throughout the assignment, the students learned how to use Autodesk Maya 3D modeling, Rhino and animation software; they also worked with consultants from Newsom Brown and Arup’s offices to assist them with their acoustical, mechanical, ECS and structural systems. A panel of critics made up of professionals in the field included: Mark Cabrinha, David Freeland, Ellen Lanet, Anna Niemark, Rafi Segal, and Warren Techentin participated in the reviews. Each student presented their project and their architectural vision using plans and models. The reviewers provided constructive criticism, asked questions, and discussed the overall strengths and weaknesses of each proposal.

Nominations for the HMC Award for Most Comprehensive Design and the Thom Mayne, Morphosis, Best Design Award were both conferred to student Joanne Lin for her terrific project and outstanding work. Joanne will compete with students selected from the other three final review sessions held at other local offices for the final awards. Joanne Lin, winner of the HMC Award for Most Comprehensive Design and the Thom Mayne Morphosis Best Design Award, explains her vision to the review panel. 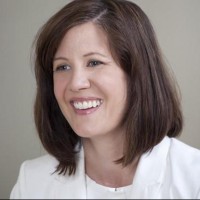 Cards for a Cause